The Legend Lives On

Elvis’s Memory now lives on in his descendants, who now get to rome Dingo Dreaming and keep the grass down.  He was a wonderful sheep to know.  His lovely family are adored by me…not so much by the dingoes.  Being Predators I accept that as dingoes they will adore my sheep friends in a different way to me.

Sadly Elvis died a short time later. He Never recovered fully from the events of this Day

A sunny Thursday I started packing the car for my supply trip to Castlemaine…unfortunately that wasn’t to be what this Thursday was to be about. My dingoes announced that things were not right at my neighbors place. Following the gaze of my four dingoes, I could see that the sheep weren’t happily grazing. Further across I could see that there was two German Shepard sized dogs and another that resembled a Kelpie were busy at the neighbors dam. It wasn’t long before a distinctive looking car pulled up and the dogs had been collected.

I text Bo the owner of the sheep on the other side of Dingo Dreaming and suggested he’d better check his sheep, because their had been some dogs on the loose and I was on the way over the fence to check on David and Lorraine’s sheep.

I got to the sheep walked around them and examined them; they seemed to be free of injuries. But the pet Ram Elvis was not amongst them, he’s often separated from the ewes. So I checked the other paddocks and headed for the dam. I got to the dam and saw poor Elvis in the dam shivering with blood dripping from his freshly ripped ear. He is usually a very proud lamb with stunning coloring and markings. He does like people but has a tendency to butt. He isn’t very small and would be a lot heavier than usual, because of the water logged water. To heavy for little me I rang Norm and Liz, my other neighbors. They didn’t answer so I ran over the vineyard jumping the barbwire fences, which left me with a few scratches. I hate barbwire with a passion over the years I’ve seen a number of bad injuries on animals and people. No one was in the vineyard, so I headed up to Decima’s, no one there either, I was by now looking not at all glamorous. A car slowed down and passed me that wasn’t dissimilar to the car I had seen collecting the dogs earlier.

Was beginning to get more worried about poor Elvis still stuck in the Dam so I headed back and rang Bo on the way as I failed to find anyone that could help. As I got nearer to Elvis Norm and Liz were on their way home. Norm took Liz home, got a rope and came back. Together we managed to get Elvis out. But he looked awful. Norm went back home and called the Vet and left a message for Elvis’s humans… Bo by this time. He advised me that the shock could kill him or he could get disorientated and head back into the dam.

So over the fences I climb again. Grabbed Starsky my 30-year-old horses lead and some of his precious food, water and the Cetrigen spray. It took me over an hour to get Elvis into the yard. He had something to eat and drink, which made me feel better. I got the Cetrigen on the wounds which is an antibacterial spray that also keeps the flies off…but I don’t think pink is really Elvis’s color…I left him for a little while so he could rest. I rang the vet to let him know it would be easier to come through my place to treat Elvis.

I finally sat down with my precious cappuccino and thanked my dingoes for letting me know that the sheep were in danger. Then I remembered my other nieghbours old dear, so I rang her work and asked if she would like me to check on Gillian. Thankfully Gillian the dear was fine. But Gillian’s owner was not happy about the reason I was checking, she had seen dogs fitting these ones description at her place before. Being a Vet nurse, she has to see beautiful dogs put down because of these situations and many horrific injuries from dog attacks on all sorts of animals, wild and domestic.

Finally the Vet was able to leave work to get to Elvis. He needed a trim around the rear to help keep that wound clean. Some iodine and penicillin injections for the next 4 days. Dr Kris Hardifeldt, to was not very happy about what happened, he was in a bit of a hurry as his sheep are across the road from Elvis and he needed to check on them. Kris is a fantastic vet seems to love all animals even my dingoes and is great with everything from chooks to horses. So putting down beautiful dogs simply because the owners have not been responsible is something he does not enjoy. Not to mention the damage to the victims. It is not the dog’s fault; domestic dogs have a fair degree of instinct bred out of them so they are more trainable and easier for humans to manage.

Unlike my dingoes, which even though I can do a lot of doggy things with them, they still retain a lot of their wildness and I have to make allowances because of this. The dingoes have taught me a lot about instinct, wildness and working together as a pack. If my dingoes got out my chookies would be in serious trouble as to would the near by sheep, because unlike wild dingoes they have not been taught to hunt for their preferred food, so they would have to take the easier option for survival. Dingoes in captivity are incredibly doting on their owners.

In Australia it was only a little over 200 years ago that dingoes ran free, they kept the kangaroo population and other mammal populations in balance, killing only what they need to survive, no carcass was ever wasted, what they didn’t eat something else finished. Dingoes bonded with aboriginals and in some case an aboriginal mother would suckle dingo pups and the pups would bond with their babies and keep them warm. There were no fences, no chooks, and no sheep. There were still extremes in weather, like drought, floods and fires. There were no problems from feral cats and foxes etc. There was also Tasmanian tigers and devils on the mainland. The kangaroos didn’t over populate.

Australia has the highest mammal extinction in the last 200 years in the world. The dingo is an Australian icon and has an extremely important roll to play in keeping the Australian ecology balanced. They are now a threatened species in Victoria, due to baiting with 1080, victimization by humans that don’t understand their role as a top order predator in Australian ecology. The other big threat is cross breeding with domestic dogs. Responsible dog ownership is important to farmers, pet owners and the Australian ecology. We can live in harmony with dingoes and other domesticated and wild animals. It just takes a bit of thought and understanding.

If anyone would like some help with making safe dog enclosures and some advice with living in harmony with our native animals, please call or email Dingo Dreaming. dingo.dreaming@bigpond.com or 0354632175/0407006508 let’s hope the three dogs that hurt Elvis, wont be out again. As now they have more experience hunting. the damage to anything they attack next time will possibly be a lot more serious. 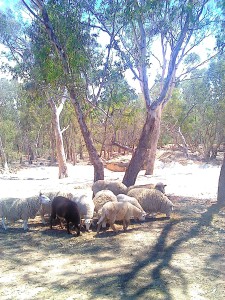 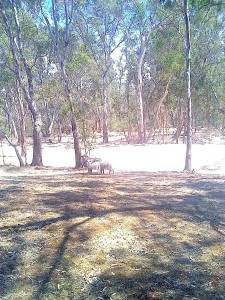 Biddy,Penny and Pip checking things out 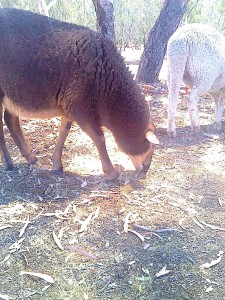 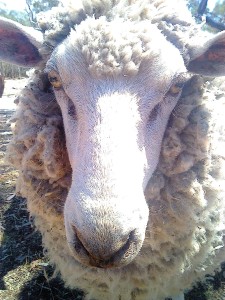